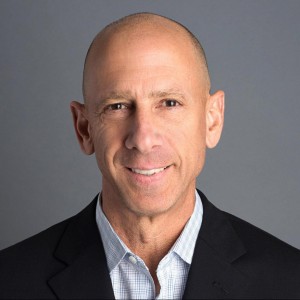 History of the Motor Grader

I recently bought a 1969 Caterpillar 14E Grader to rent out during the construction season and plow snow in the winter and was curious about the history of this model. What I found was some very interesting information on the history of the motor grader that I thought you might enjoying reading about.

Motor graders are one of the most commonly used pieces of heavy equipment on the market today. Companies use motor graders in construction, road construction maintenance, and mining.

Motor graders were first introduced in the early 1900s. And have since undergone several design changes over the years. Today, companies manufacture motor graders in a wide range of sizes and configurations to suit the needs of any job site.

The Origins of the Motor Grader

The earliest motor graders were horse-drawn implements used to level and grade dirt roads. These early graders were elementary in design. And they consisted of a metal blade mounted on a frame attached to a team of horses. The operator would guide the horse-drawn grader along the road. They would use the blade to level out any bumps or ruts.

The horse-drawn grader was invented in 1885 by Joseph D. Adams of Indianapolis, Indiana. Adams called his grader the “Little Wonder.” After several years, in 1896, Adams released a larger motor grader called the “Road King.” The horse-drawn grader revolutionized construction and agriculture. At the time, one of these graders cost less than $150.

By the early 20th century, tractors were beginning to replace beasts of burden. Tractors were pulling most graders during this period.

It wasn’t long until other manufacturers like McCormick Derring, the Cleveland Tractor Company, and Fordson began selling their modified tractors. And they called them graders.

It wasn’t until 1928 that the first purpose-built motor grader was designed, built, and sold on the open market. Caterpillar purchased Russel Grader manufacturing in 1928. And began developing a motor grader with its own drivetrain and incorporated grader.

Caterpillar’s rubber-wheeled grader was not the only design improvement in the first half of the 20th century. Until the 1920s, operators used hand cranks to control the blade. This made adjusting the blade difficult and also dangerous.

Furthermore, this made the blades prone to being jarred loose. This created uneven grades and potentially dangerous work conditions.

In the 1930s, many motor grader manufacturers transitioned to powered controls instead of manual controls. The introduction of power controls and hydraulic systems made adjusting the blade of a motor grader easier. It also gave motor graders increased functionality.

This allows for a much higher degree of accuracy when grading. Volvo introduced the first articulated-frame motor grader in 1953.

In the aftermath of World War II, many manufacturing companies took advantage of the technological developments that occurred during the war. And they applied them to heavy machinery. During the post-war years, motor graders dramatically increased in size and performance.

The increase in size and performance was due to increasing demands for graders in highway construction and mining. The first massive motor grader hit the market in 1955. Galion Iron Works Manufacturing Co. produced the T-700 model. It was a record-breaking 40,000 pounds and had a 190 horsepower engine.

The T-700 would hold the world’s largest motor grader record for several years until RayGO Inc developed the “Giant.” The Giant could move in either direction, and the blade was double articulated. It weighed in at a massive 106,000 pounds.

Not to be outdone, the Champion Roach Machinery Ltd set a new record with their 100-T model. Launched in 1975, it weighed 202,000 pounds and had a 700 horsepower Cummins engine and a 24-foot blade.

The competition for the largest motor grader has died down in recent years. Currently, the world’s largest production grader is the Caterpillar 24H. It weighs in at 137,000 pounds and has a 24-foot blade.

Over the years, motor graders have undergone several design changes. Today’s graders are equipped with various features that make them more efficient and versatile.

Current developments include improvements in engine and brake technologies. There is a greater emphasis on making motor graders fuel-efficient to lower their environmental impact.

Additionally, many manufacturers are improving blade control. This is to allow the operator to make more precise adjustments and movements with the blade.

Finally, motor graders are beginning to integrate other technologies traditionally associated with other fields. Many modern motor graders feature a joystick instead of levers to control the blade. This makes it easier and more comfortable for the operator to manipulate the blade.

Many modern graders also come equipped with GPS technology. GPS technology allows the operator to track what areas have been graded carefully. This makes it much easier for construction companies to monitor the progress of construction projects.

Modern motor graders can cost upwards of $200,000. They are lightyears ahead of their humble beginning as horse-drawn blades. It will be exciting to see how motor graders develop as new technology integrates into these powerful machines.

Today, motor graders are available in a wide range of sizes and configurations to suit the needs of any job site. Motor graders are used for various tasks. Including leveling the ground, removing snow and debris, and maintaining roads. Motor graders are an essential piece of equipment for anyone who needs to keep a surface level and smooth.